I would like to inform everyone who has taken the trade with me on my last post call. 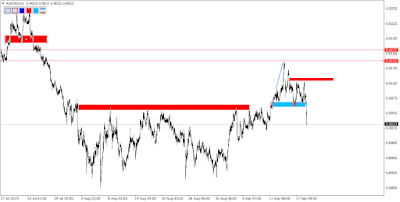 Check the Trade Recommendation at the bottom of this page here

Let’s Discuss more about Institutional Activity to get an idea how banks & hedges funds operates the market.

Of course, in some cases, after news announcements or forced by circumstances, institutional buyers or sellers can enter the market this way,

But it would be a messy trade and their clients would not appreciate it. Yes, sometimes they are forced, sometimes they have no choice, but more often than not, they don’t do it.

They need to build a position before.

It is emotional reaction of the market – it is a sign of crowd. Traders are acting in sync with each other and create a crowd.

More often, rapid move is a result either a short-coverage (move up) or long liquidation (move down). WILL price action continue after rapid movement? Actually, nobody knows that. It will depend on various factors and I would not bet money on it. Traders in whole are driven by linear logics. For example: “we see something volatile, it’s a sign of big guys going to one direction”. It doesnt’ work that way. Big guys try to be ahead of the crowd. But IF there is a continuation of a rapid move AND series of new highs/lows, than probably it can be a sign of a single big player.

Why? Because market continues building in the favor of previous breakout, it often happens when sellers are too weak and can’t create enough pressure to drive prices back to previous range.

So, you know already that big guys rarely come to the market and buy all they want. They need to build their positions, sometimes in sideways market, sometimes on moving market. It’s called accumulation. The opposite process (when they cover their positions) is called distribution. That’s how market mechanics works. For example, if big buyer participates the market Big player accumulates positions, market is temporarily oversold on weak side, it breaks out from the range of accumulation, then rapidly pulls back, levels below are protected, market is bought out and highs are retested.

If later on we see market “leaning” on higher prices, it’s a sign of possible imbalance – buyer is in control and if seller will not step in, market will continue renewing highs.

Then you may see pullback again and if market “drills” lower prices, imbalance is possibly disappeared – your opportunity no longer exists.

Chart will be posted by the U.S session, stay tuned

I was eyeing that entry on gold future. Price has played out patterns with strong up and down movements but most of the downside movements are followed by consolidation. I’ve mentioned everything on chart.

Price usually follow patterns and try to find out the value

It will fluctuate from one point to another and look for possible extremes to react. We need to find out where we can minimum the risk. Possible bottom or top is the best way to define the value.

Best way to look out for fakeouts is possible left & right shoulder. This is where we can look for extreme resistances and support.